Left to Tell... about Forgiveness through Will 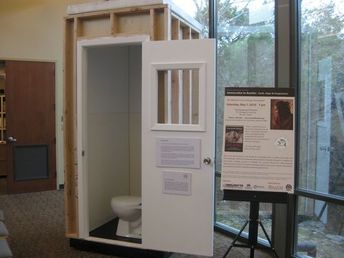 It is a harrowing story, but one you cannot seem to put down.  It is filled with so much death, hatred, and outright murder that you can hardly believe it was occurring while you were going on about your merry way.  As I read the pages of the New York Times Bestselling book, Left to Tell, I was swept into a place and time completely foreign to me, yet there was something about it that was so familiar.   As Imaculee Ilibagiza tells her heart wrenching story of survival through Rwanda’s horrific genocide during the mid-1990’s, it is immediately evident that there is something about her that we are all searching for.  Certainly it is not that anyone desires to live through a holocaust while nearly a million of your countrymen, friends, and family are brutally killed and left lying in the streets.  And who could ever wish to be “left to tell” complete strangers of your story when those you have always known and loved are no longer walking this Earth?  No, it is nothing about Imaculee’s circumstances that I am yearning for, but actually something I have much more control of—it is Imaculee’s will.  Her will allowed her to surmount a seemingly impossible obstacle, that of forgiving the people who devastated her life, her tribe, her country.  I, along with hundreds of other teens and adults, had the amazing opportunity to hear Imaculee share parts of her story in person this past spring at the Source and Summit retreat here in the Diocese of Evansville.  She was so passionate about her love of Jesus and Mary that you couldn’t help but be inspired by this amazing woman who had been through hell and back.  Her faith in the power of prayer was what gave her the strength of will, month after month, week after week, day after day, hour after hour, moment after moment, all the while being locked in a bathroom with 7 other women, not able to move except in desperate situations such as when nature called.  They remained there, silent, their bodies withering away to mere skeletons, while a kind local minister brought them scraps at the end of another long day of bloodshed just outside the thin walls of the house.  She prayed, almost constantly, to the point she was transported to a much better place where she would spend her days with Jesus and Mary and be able to feel peace despite her traumatic situation.  She endured, she picked herself up when she became entrenched in her negative thought patterns and prayed until she again found the strength of will to find peace, to forgive, and to bring joy to the world around so desperately in need.  What wouldn’t we give for just a little bit of this Will everyday?

The Call of Peter... by Amy Schroeder 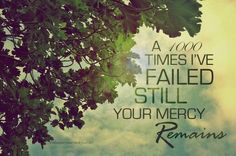 We all want great leaders, don’t we?  And from the outside, how easy it is to criticize the choices of the leaders we have.  But how often do we avoid placing ourselves in the role of leader and instead opt for the less controversial route?  In his New York Times Bestseller, Jesus, a Pilgrimage, James Martin, SJ, gives a very poignant synopsis of the “Call of Peter.” Peter had just become one of the most infamous sinners in the story of the Passion of Christ, as he denied that he knew Jesus three different times.  Many of us may have a soft spot for Peter, for it seems that in our humanness, we very likely would have done the exact same thing, trying to save our own lives.  I think this connection we feel with Peter simultaneously comforts and frightens us.  For if Peter is such a sinner, and God is calling him to be the rock upon which He will build His church, then what is he asking of us?  Fr. Martin describes that “Jesus knows exactly who he is asking to lead his community: a sinner.  As all Christian leaders have been, are, and will be, Peter is imperfect.  And as all good Christian leaders are, Peter is well aware of his imperfections.  The disciples too know who they are getting as their leader.  They will not need-or be tempted-to elevate Peter into some semi-divine figure; they have seen him at his worst.” After Peter denied Jesus, he was offered three corresponding chances to be reconciled to Jesus for each of his three denials. Recall that Jesus asks Peter, “Do you love me?” three times.  Jesus elevates the manifestly sinful one over the rest, perhaps to show the others that through forgiveness we are restored, and called.  We are each called to be a leader; let us embrace the mercy God offers so that we can be renewed and forge ahead as faith leaders, just as Peter did. 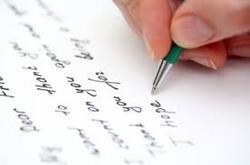 Revitalizing. Credible. Inspiring. Relatable.  Awakening. These are only a few of the many words I’ve heard since John Wood led about 425 people in an energizing day of prayer and reflection last Saturday here at Holy Redeemer.  Not only were John’s stories and reflections entertaining, they were challenging.  They were loaded with Truth, the capital T kind that you know comes from God because when it comes to us that way, it removes so much confusion and places a light in our darkness.  The musical duo “Simply RC” brought such glorious music to our church and its people.  How amazing is the Holy Spirit to use the gifts and talents of these ordinary people to bring great life to so many others.  It was a reminder to me that we must not hide our candle under the bushel basket.  It’s a lot easier, for sure, to let the candle dim, as happens when we get trapped in our own little comfortable world.  But it is not what God is asking for a second.  He wants to change us, a little more every day, into the persons he has created us to be, but we have to be willing to make that change.  Here is one of the motivational Truths John shared with us that I will quote from his book, “Ordinary Lives, Extraordinary Mission:”

“A sentiment that is becoming more and more common in our culture is ‘This is just who I am.  Stop trying to change me.’  It’s preached as a form of tolerance and acceptance.  For example, people will often ask, ‘Why can’t the Catholic Church just accept people for who they are?’  The truth is, the Catholic Church accepts everybody, just as God accepts everybody.  Come as you are.  However, you’d better not expect to stay as you are.  The call of the Gospels is a radical call to change.  The essence of Christianity is change.  Christ is our model, and we are called to become more like him.  I think most of us can agree that means we must change.  The person we are today is not our true self.  Who are we really?  We are adopted sons and daughters of God.  We are heirs to the Kingdom of Heaven.  We are saints in the making.”

Let us continue to find the inspiration that so many experienced last week.  Let us do this by encouraging one another on each of our extraordinary missions to move a little closer each day to the vision God has for us. Let us continue seeking the Truth and using resources around us, such as the books from Dynamic Catholic.com. Let us take the opportunity to visit the Adoration Chapel and teach our children the power of prayer in front of the Blessed Sacrament. He WILL transform us, if our free will allows.

“They that hope in the Lord will renew their strength, they will soar on Eagle’s wings, They will run and not grow weary, walk and not grow faint.”  Isaiah 40:31